I spent a couple of hours today, despite the freezing weather, preparing a length of garden track and running a 12-coach test train round the reverse curves on a 1 in 50 gradient. This was the first fully "live" trial of the "McBogle (or DOGRF) Magnetic Coupling" (see previous post). The couplings between coaches 1, 2, 3, 4, 5 and 6 were to the Mk.1 design using a single 3mm x 2mm magnet on each coupling. The couplings between the loco and the first coach, which were taking the greatest load, were Mk.2, with an opposite-polarity pair of 2mm x 2mm magnets. None of the couplings failed during the trials, which comprised several low-speed runs up and down the test track. (Higher speeds were not possible this time because of undiagnosed limitations in the control or  power distribution equipment, i.e. it couldn't supply enough current for a Hornby class 50 pulling 12 coaches up 1 in 50 at more than a scale 20mph.) 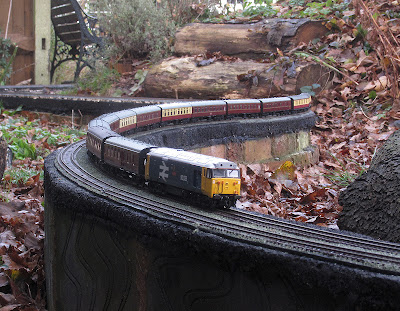 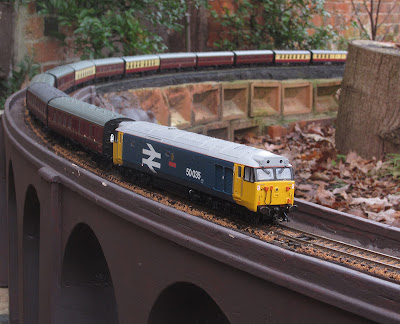 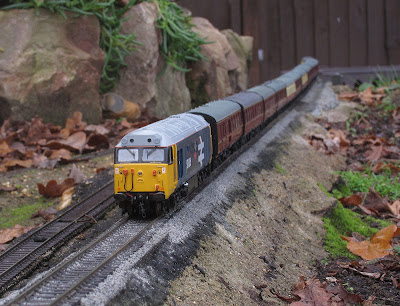