The unusually warm, dry weather in October meant that construction work continued longer than expected. It also means that there have been more opportunities to run the railway.

A recently-acquired "bargain" Collett 0-6-0 is tried out with a train before going into the workshop for refurbishment and a change of identity. 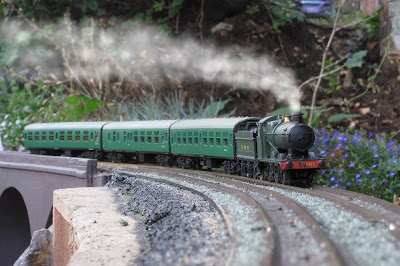 The Collett 0-6-0 comes off the viaduct past the planned station site. A Beattie Well tank has a short test run ... 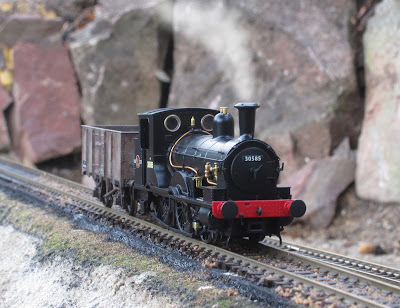 ... including a passage hrough the tunnel. 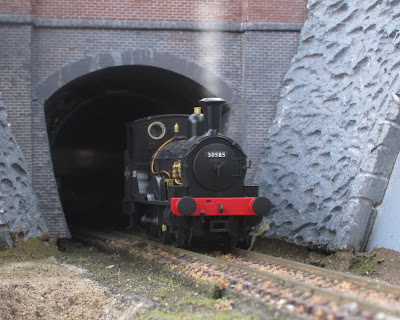 Another Collett 0-6-0, this one a very old "Mainline" model of number 3210, has just been "weathered" into the condition in which I knew its prototype the 1960s. We would have regarded this as a very "clean" engine! 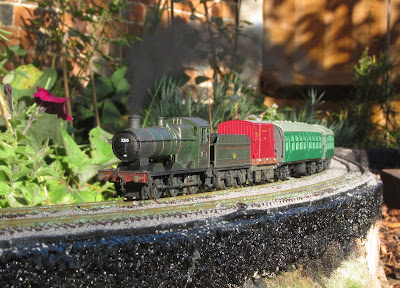 The quarry has acquired a Hunslet 0-6-0ST to cope with the steep bank up from the quarry floor. It is named "Penelope Jane" in honour of the quarry engineer's wife. When she saw it recently she was not best pleased with its state of cleanliness, and the engineer has paid a girl from the village to come and give it a scrub while the driver has his lunch. 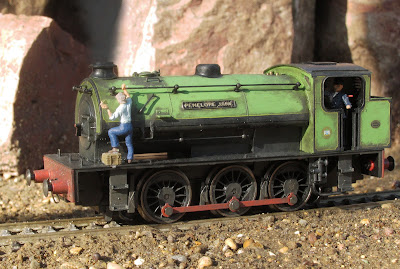 It's not only in India where illicit passengers ride on the coach roof. 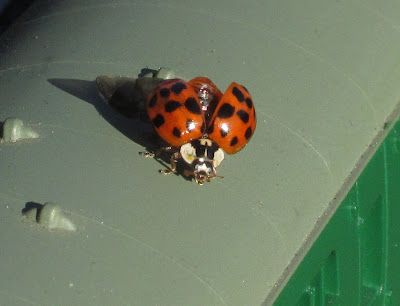 Collett no 3210 runs light engine past a Jinty, waiting in the quarry spur. 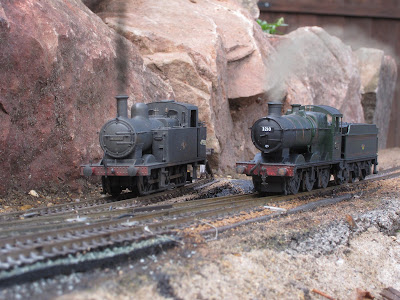 "Playing trains" again today (2/11), mainly for test and photographic purposes. This is the "bargain" engine that appeared in GWR colours at the top of this post. It had clearly been rattling around in someone's toybox, was liberally spattered with food residue, and had lost any vulnerable protrusions. After a clean, a bit of repair work, a tender swop, a repaint and a new identity as 3218, this is how it looks. Not perfect, but much as I remember its prototype in 1965.﻿ 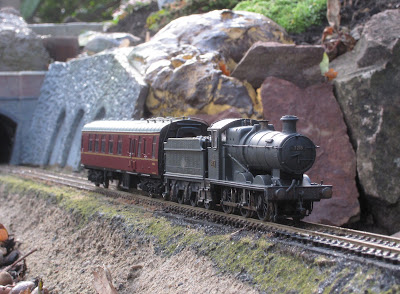 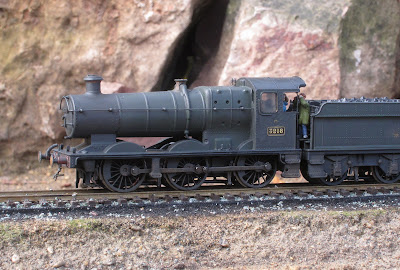 The figure with a camera on the loco represents me as a teenager, having blagged a ride from Glastonbury to Highbridge. The only non-authentic aspect of the tableau is that in reality I was so terrified by the rolling and lurching of the engine that I held on firmly with both hands and didn't take a single photograph on the footplate!﻿
Posted by Fungus McBogle at 14:23