After a break of several weeks and two demonstration sessions, work started again this week on the quarry. The final trackwork was laid for the exchange siding and shunter refuge spur, and the quarry floor was completed and given a steeply-descending line down to the lowest point.

The first picture shows one of the shunting engines with some wagons in the quarry bottom. It is clear from the angles of the wagons that the track is very uneven here, possibly damaged either by subsidence or a rockfall. 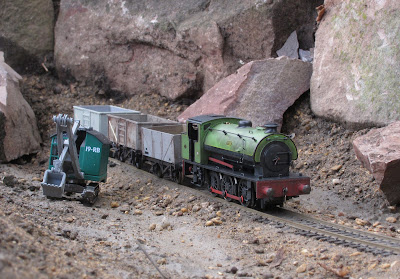 On another occasion, a Sentinel 0-4-0 is seen propelling three wagons up the short stretch of 1 in 15 from the deepest part of the quarry. 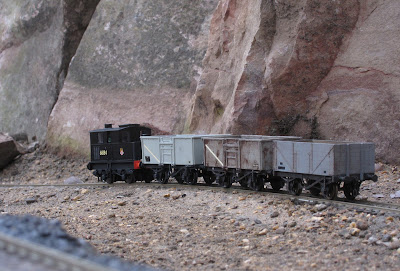 Sixty years later, a class 08 shunter lifts a ballast train out of the quarry... 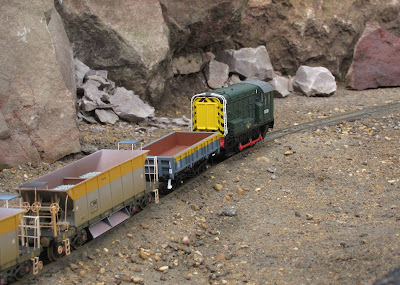 ... and propells it into the exchange siding. 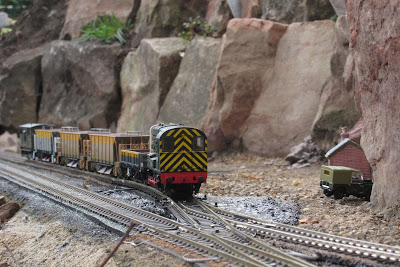 The shunter then waits in the refuge spur until a main line loco comes to collect the train. On this occasion it was most unusually a Yeoman class 59. 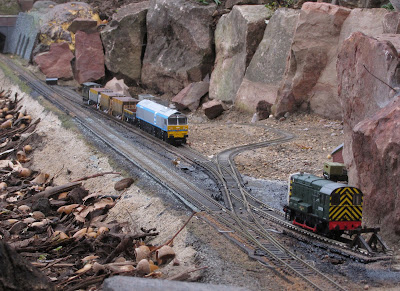 The class 59 then leaves the quarry and heads over the viaduct ... 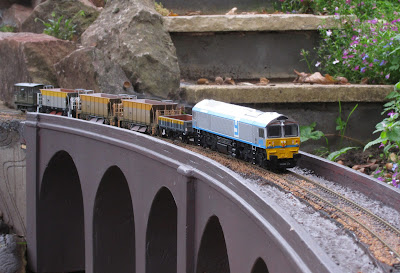 ... and through the tunnel. 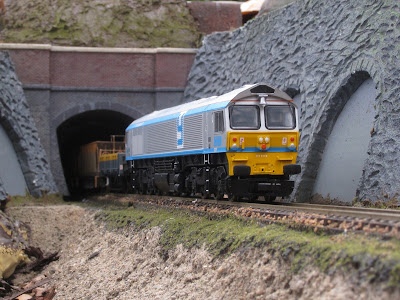 Back in time again, and a L&Y "Pug" storms out of the quarry with a single loaded wagon.
﻿ 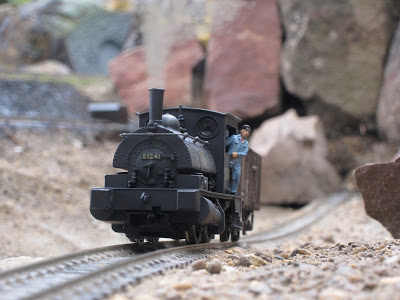 After the wagon has been added to the those in the exchange siding, the "Pug" returns to the refuge spur. The driver sounds his whistle in greeting as a train approaches on the main line.﻿ 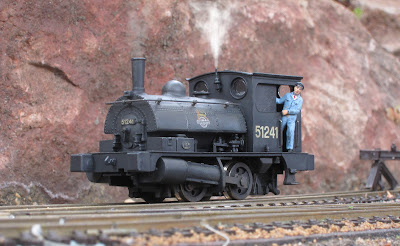