A Railway in the Garden

After watching James May's second (this time successful) attempt at running a Hornby train to Barnstaple, the idea formed for a railway in the remoter parts of our garden. An initial survey showed that a gradient would be necessary, and after tests with several engines and up to 12 coaches, 1 in 50 was chosen as the ruling maximum, with short stretches of 1 in 40. The first picture shows the gradient trials under way, with a 9F pulling 8 coaches up 1 in 40. 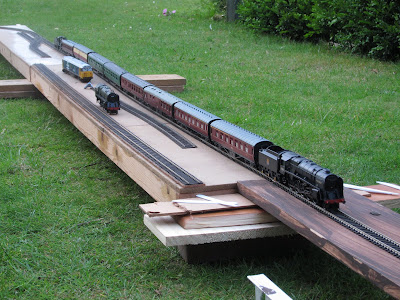 It wasn't long before a brick embankment had appeared.  A removable section is required, in front of the gate, achieved with a plywood viaduct. 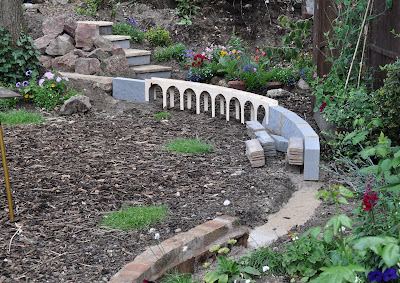 To check out the basic construction techniques, a short section of temporary track was laid. 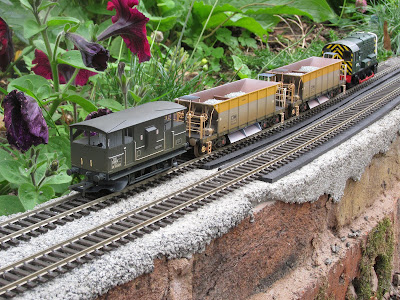 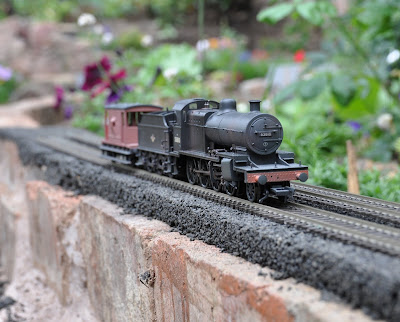 ... followed by a test with the part-completed viaduct, to assess whether a sound-deadening underlay is needed. 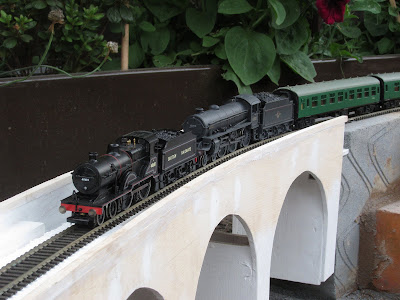